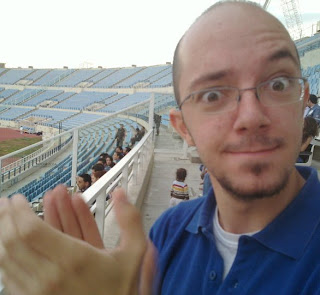 Malek Teffaha, commonly known as “malekawt” on twitter/gmail/hotmail/yahoo/steam
and DeforMAKulizer on PSN and XBL is currently pursuing a Bachelor’s Degree in
Computer Sciences at AUB, and is hopeful of becoming a prominent game developer in
the future. Gaming has been his life-long passion, owning every major console release
since 1998. He spends most of his time catching up on gaming news, playing games, or
doing some community service with some studying from time to time. Big tech geek,
particularly when it comes to Android/Google, Apple, and various developers. He is
currently the Head Editor for the Gaming Desk at GIGAlb, an online tech news website,
and has profound knowledge of social media after having worked with 90:10 Group in
the preparations of Social Media Week Beirut in September 2011.