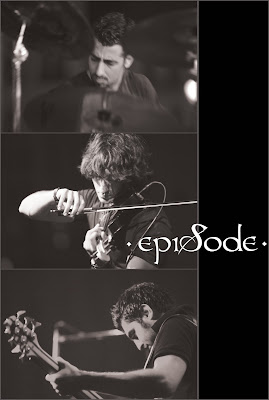 EpiSode is an instrumental progressive rock band trio with an unusual setup: an electric violinist, a drummer, and a bassist. True to its own style of experimental music, EpiSode's original compositions unite elements drawn from classical and orchestral soundtracks to progressive genres of music. Each arrangement is artistically inspired from different events in life, from the moment of birth to the final breaths; epiSode’s compositions represent milestones of experiences in life from joy and sorrow, loss and success, to feelings of love and hate. With
an interesting approach to the music scene, EpiSode has gained considerable exposure during this year, performing in events such as la Fete de la Musique, the Beirut Music Art Festival and even the Beirut Rock Festival 2011 as the opening act for the voice of “System of a Down”, Serj Tankian. EpiSode went as far as qualifying to the last round of Lebanon's Global Battle of the Band Final 2011. They are currently working on their debut album which is expected to be released at the beginning of 2012.